The mystical land of Saudi Arabia has always been a fascination for many travellers. From the stretch of Red Sea to the UNESCO sites of Al-Ahsa Oasis and At-Turaif District, Saudi Arabia has continued to mesmerise people from all over the world. And now you can make that dream of travelling to Saudi Arabia a reality! If you’re looking for up-to-date information on Saudi tourism, then you have landed on the right page. From e-visa to the best season to travel, we are giving you all the crucial information here. So, scroll down to read what’s in store for you on your Arabian vacation.

1. All About Saudi Visa

Only in 2019, Saudi Arabia opened its doors to guests from all over the world. Currently, citizens from 49 countries can apply for a tourist visa through their official website. However, those who belong to any other country, will need to apply through the nearest Saudi embassy or consulate. People who have got the US, UK or Schengen visas can apply for a visa upon arrival.

The rate of crime is very low in Saudi Arabia, so travellers, even solo travellers, are unlikely to encounter any problems during their stay.

3. What to Pack for Saudi Arabia?

Being a place of great religious importance, Saudi Arabia is known for modest clothing. So, it’s wise to pack loose and long outfits for this trip. Also note that now wearing a burqa or headscarves is not mandatory in most parts of the country. Though both men and women need to make an effort to stay covered in the kingdom. Consider packing shawls, scarves, capris or pants on your trip to Saudi. Pack a good sunscreen and carry a reusable water bottle to reduce the use of plastic. Saudi uses G-type plugs exactly like the UK. For your convenience, you can carry an Arabic phrasebook with you on this trip.

November-February is considered to be the best time to visit Saudi Arabia as the temperatures are at their most average, ranging between 25°C – 30°C. Mercury starts rising from the end of February or the beginning of March. The hottest month in Saudi is July while the coldest is January. One can expect the most amount of rainfall in April in this Middle Eastern region.

Saudi Arabia has been a crossroad of cultures and the Saudi cuisine draws on different influences. Ful, falafel, and shawarma are the staple dishes and the meals are spicy, rich and accompanied by rice or bread, with meat being an essential ingredient. But vegetarians and vegans will be delighted to know that meatless options are available in most cities and upmarket eateries.

This Is Why Chicago Should Be on Everyone's Travel Bucket List!

Dishes You Must Try in San Francisco

Discover The Greener Side Of Cochin 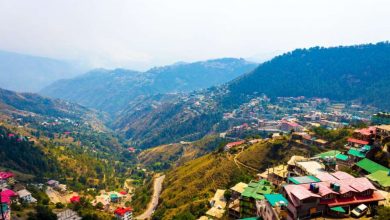 Top Places Across Himachal To Celebrate Your Love

Romantic Places In South India For An Alluring Retreat 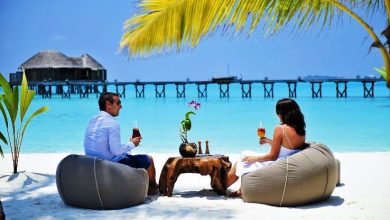