Bangalore, the Silicon City of India, is home to several startups. Blessed with a pleasant climate throughout the year and breathtakingly beautiful landscapes, Bangalore is the perfect city to call ‘home.’ But, like other places, Bangalore, too, has its share of secrets. The city is also home to many places with a deep connection to paranormal activities that add to the spooky quotient of the otherwise peaceful environment of the city. That said,

Here’s a list of all the haunted places in Bangalore that you must visit:

1. Terra Vera : The most haunted house in Bangalore

The old, deserted mansion Terra Vera, is undeniably one of the scariest places in Bangalore. The house was built in 1943 by EJ Vaj, who had two daughters – Dolce and Vera. In 2002, Dolce, a piano teacher, was brutally stabbed to death by an unidentified attacker, who buried her body in the premises. Vera moved out of the house after her sister’s death, leaving behind all the precious belongings including a vintage car and furniture. Since then satanic signs such as inverted crosses, mysterious sounds, and eerie sights are common in the house. Those who went inside the house to click pictures of the car and furniture came back with dead batteries and corrupt images. And though this haunted house has been demolished, the paranormal activities haven’t stopped on the ground where this manor once stood.

2. Kalpalli Cemetery: Among the most haunted cemeteries in Bangalore

After you have read about the most haunted house in Bangalore, cemeteries would not entice you much. But, hang on! This one at Old Madras Road is sure to scare more than most of the other cemeteries you would have heard of or visited. Several passersby have reported seeing a creepy man roaming around the graves and disappearing on being approached. Those who have been to the cemetery claimed of the air being so heavy near some graves that they could hardly breathe. They also had a strange feeling of someone keeping an eye on them while they were at the graveyard. In fact, the place is so scary that even guards do not go near the graves after sunset.

3. Victoria Hospital: Among the most haunted places in Bangalore

The century-old hospital became home to ghosts only a few years ago. The ghost is believed to be that of a woman who died in the hospital a few decades back. People who went to the hospital claimed to see bizarre incidents happening at the hospital morgue. Most of them claimed of seeing a white spirit on one of the trees in the hospital premises. What’s interesting is that unlike most ghosts who are said to scare away people, this one is more of a fun ghost who doesn’t scare people, it only steals food. The security guards have also seen another spirit roaming in the hospital, crying loudly at nights.

7 Best Street Foods in Andhra Pradesh to Munch on

Handpicked Places To Visit In Agartala In 2022

Best Cafes to Visit in Kasauli in 2022 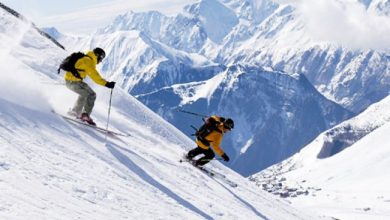 All You Need To Know About Skiing In Auli In 2022 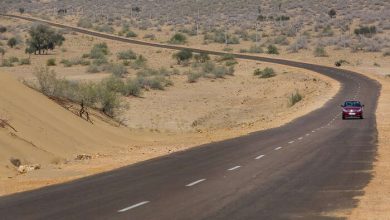